« To Stay Committed to an Endless Writing Project, Be Fearless, Unstoppable, and Make It Fun
Practice Oversight of Your Dissertation Process: Be Your Own Turnaround Artist »

Avoid Writer’s Procrastination; Use a Ritual to Get Started Writing

A famous New Yorker Magazine cartoon illustrates procrastination and resistance against things you don’t want to do. A man is talking on the phone to someone wanting to meet with him, and the man says, “How about never—is never good for you?”

Today I listened to procrastination researcher Dr. Timothy Pychyl of Carleton University in Ottawa speak about a difficulty you may have, the procrastination in starting a task that you don’t feel like doing, such as writing. At times he, too, has to drag himself to write, but he says, “It doesn’t matter how you feel. Just get started.” He adds that he is not saying “just do it”;  rather, if you can find a way to start a task, even if you stay at it for only five minutes, you are likely to return to the task the next day.

Dr. Pychyl says to fit into the larger pattern of your day the tasks that you would ordinarily procrastinate on, such as writing or exercising. Recently I spoke with a young woman who runs each day. And even though running has been part of her life for some time, she still has to work at ignoring her mind chatter that tells her to take a day off.

How does she run even if she does not feel like it? She says that the fewer the uncertainties about running, the more likely it is that she will run.

She is on to something. Dr. Pychyl says that you can get caught in uncertainty, even with things you say you want to do.

Eliminate the uncertainty about when to run

My runner friend does not wait until after she gets home at the end of the day to run because of the many distractions. It’s too easy, she says, to flop on her couch in front of her TV and never get up.

Likewise, she does not wait until she gets to work each day to decide whether she will run that day. For her mental health, she leaves her desk during her lunch hour. That hour is the time she plans to go to her to run.

She has extra incentives that make it easier for her to go to her gym:

But getting to the gym still takes willpower. And willpower is not always enough. 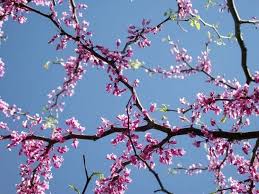 Use a daily ritual to avoid resistance

Knowing that on some days she will feel resistance, she has put in place a daily routine of small steps that lead her gradually to her goal of running.

The daily routine has become a ritual that gives her the focus and momentum she needs to move forward toward running, and she has woven the steps of the ritual in among her regular office duties.

The small steps in her ritual also keep her from thinking about potential momentum-stoppers, such as showering at mid-day, the pain she sometimes feel while running, and the other activities or work she could be doing instead of running.

Her ritual is simple but effective.  It starts at 10:15 a.m. after she has been at her job for more than an hour:

She takes breakfast to work–cereal/milk/juice–and eats at 10:15 a.m. so that she will not feel hungry when she walks to the gym. Eating this light breakfast at mid-morning every dayalso triggers her focus toward what will come next. With each step she becomes more engaged with the upcoming task.

At 11:45 she breathes deeply and stretches briefly in the work break room.

–At the locker room:

She feels increasingly confident and eager to run as she starts to put on her running clothes. She says that once she has laced her shoes, her feet know what to do. At that point, she is  at big milestone, signifying that she has hit each of the smaller goals or steps along the way.

And she anticipates the rewards of  greater mental clarity and feeling healthier that running always gives her.

The keys to her success

1. Determining that she will use her lunch hour to run relieves her of the stress of deciding daily when or for how long she will run.

2. Starting and carrying through on the steps each morning break down her resistance and mentally prepare her to run.

3. Her plan varies little. Delivering daily on the steps  has become a habit, indeed a ritual. The ritual is reassuring and increases her clarity of thought. She feels that something is wrong if she doesn’t follow through on each of her planned steps.

And how could a ritual help you?

As a writer, you, too, will know the pleasure and benefit of reaching your goal of writing every day if you:

1. Determine the time of day and where you will start writing.

Avoid waiting until late in the day when you are tired and when distractions have their greatest allure.

2. Determine how long each writing session will be.

Make the length of time realistic and do-able;

3. Develop a series of specific steps that you take at determined times, such as checking that you have the text you want to work on and that  you will have a cup of tea ready soon. Then take a few deep breaths and meditate for a few minutes. Or stand at a window and feel the sun on your face. Each step will help you build momentum and a readiness to work;

The fewer the uncertainties and decisions, the more likely it is that you will write. 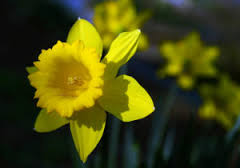 What habits or rituals do you have in place that help you avoid procrastination and remove uncertainty about writing?  I would love to hear from you.